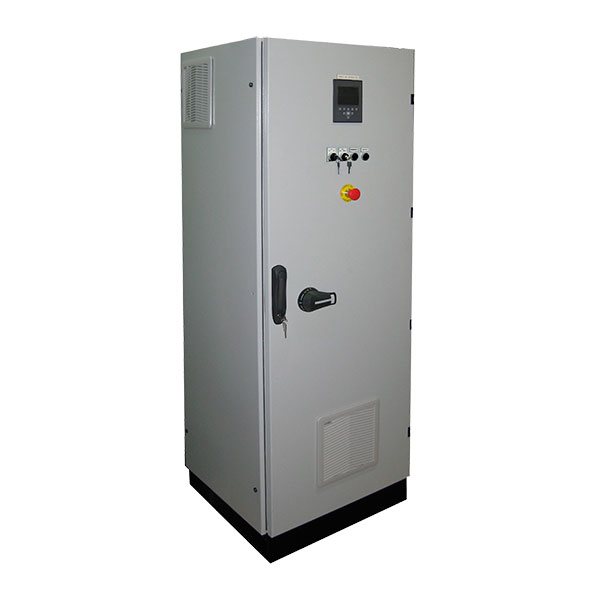 Ground power units (GPU), developed by SUPSONIK, S.L. are equipment intended for installation at airports, with the aim of supplying aircraft utilities when their generator is disconnected.

In general conditions, the characteristics of aircraft supply voltage are very different from those of a conventional network. These ground units convert distribution network voltage both in amplitude and frequency, and adapt it to the needs of the aircraft.

The uninterrupted power transfer system guarantees no power supply micro-cuts during power shift manoeuvre from the airplane generator to the GPU. To do this, the control system of the GPU unit regulates the power flow when the aircraft is being simultaneously supplied by its own generator and by the equipment, and starts feeding all loads when the generator is disconnected.

GPUs have a voltage drop compensation system in the power cable which regulates voltage according to the characteristics of the cable to guarantee that voltage value in the connector of the aircraft remains constant, regardless of the load applied.

Also due to power cable limitations, all equipment whose power exceeds 90 kVa have a double output to connect two power cables. In the case of a 120 kVA GPU two 2x60 kWA outputs are available, and in the case of a 180 kWA GPU there are two 2x90 kVA outputs.

On the other hand - in order to facilitate the manoeuvre of the equipment, two modes of operation are available; Normal and Automatic. In normal mode, we press operation button each time power is needed. In automatic mode - once the cable of an aircraft is disconnected, the system waits for a certain time - without output voltage - without equipment disconnection. If another aircraft is connected in that time interval, the equipment will start up again without the need to make a manual command.

To detect that a load has been connected, the GPU receives two signals from the aircraft. One is a potential-free signal indicating that the cable is connected, and the other one is a 28 V permit to indicate that connection can be made. 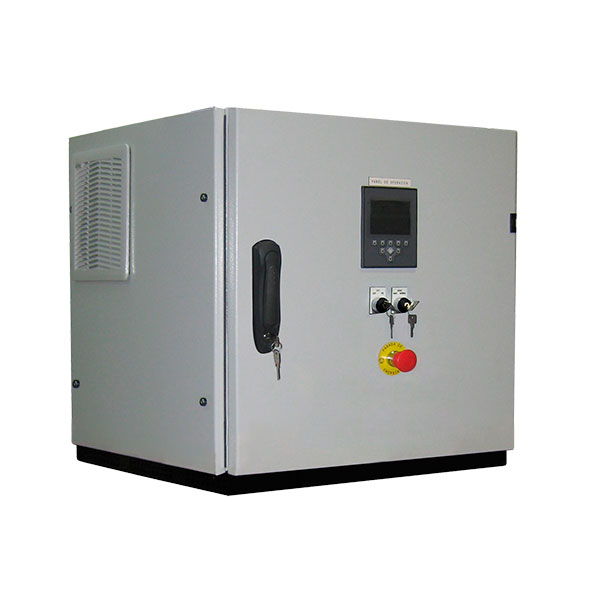